Notice of Wuhan Xieyuan on Spring Festival holiday in 2020 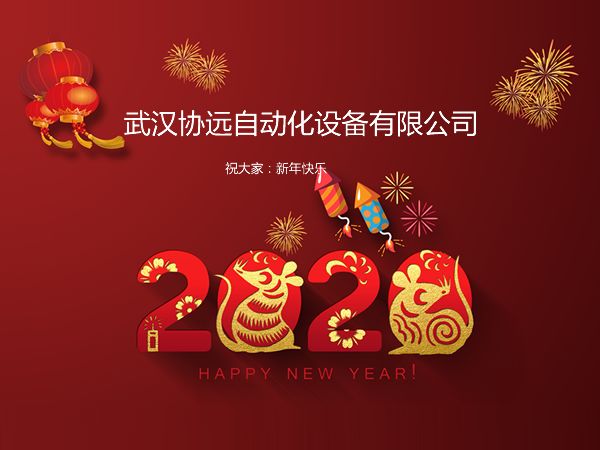 After the discussion of leaders of the company, it is decided that our company will have a formal notice on the Spring Festival holiday in 2020, which is scheduled to be 11 days from January 21 to January 31, 2012, and will work normally on February 1, 2012. I hope you all know. In order to let our hard-working friends have a happy new year, our company specially increased the holiday by 4 days. We hope every colleague of Xieyuan in Wuhan will have a happy and happy Spring Festival.

Spring Festival is a traditional festival in China.

In ancient times, people began to "busy the year" from the end of the year's 23rd or 24th sacrifice kitchen, and the new year didn't end until the 19th of the first month. In modern times, people set the Spring Festival on the first day of the first lunar month, but it usually doesn't end until the 15th of the first lunar month. Spring Festival is a happy and peaceful Festival, where family and friends get together, and it is also a bond for people to deepen their feelings. The festival exchange and greetings convey the family ethics between relatives and friends in the countryside, which is an important point to maintain the development of the Spring Festival.

Spring Festival is the most solemn traditional festival of the Chinese nation. It not only embodies the Chinese nation's ideological belief, ideal wishes, life entertainment and cultural psychology, but also is a carnival display of blessing, diet and entertainment activities. Influenced by Chinese culture, some countries and regions in the world also have the custom of celebrating the new year. According to incomplete statistics, nearly 20 countries and regions have designated Chinese Spring Festival as a legal holiday for the whole or some cities under their jurisdiction. Spring Festival, Qingming Festival, Dragon Boat Festival and Mid Autumn Festival are also called the four traditional festivals in China. The folk customs of the Spring Festival have been approved by the State Council to be included in the first batch of national intangible cultural heritage list.

Wuhan Xieyuan automation equipment Co. is not an authorized dealer, agent or affiliate of any of the brands or manufacturer, the products of which are offered for sale on https://en.whxyauto.com. All trademarks, brand names, and logos mentioned are used for identification purposes only and are registered trademarks of their respective owners who reserve the rights of ownership. The use of trademark, brand name or product on our website is not intended to suggest that the company, trademark or brand is affiliated to or endorses our website. All products are 100% original, genuine and legally purchased from authorized sources.